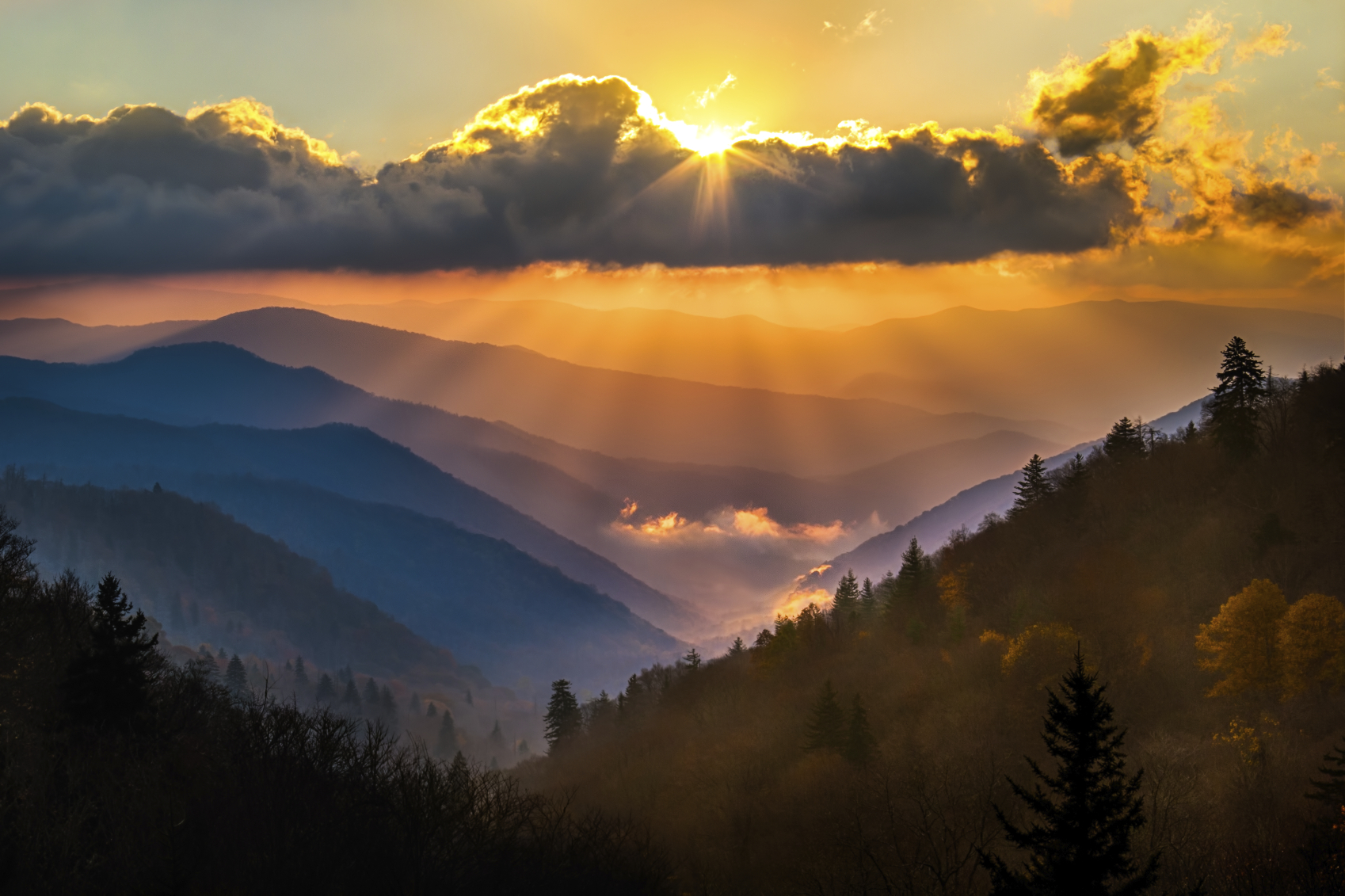 How Maggie Valley Got Her Name

Maggie Mae Setzer Pylant, for whom Maggie Valley is named, was born December 21, 1890, in a small log cabin with a stone fireplace, which still stands in altered form at the foot of Setzer Mountain on Setzer Cove Road. In the early 1900’s, Maggie’s father, John Sidney Setzer, better known as “Uncle Jack”, grew tired of riding his horse several miles down the mountain to the old Plott Post Office to get the mail for the residents of the valley, and decided to do something about it. He wrote the U.S. Postmaster General Frank Hitchcock in Washington, DC, asking for permission to operate a post office in his home. He was told he had to prove the need for one. He then applied again and obtained permission to set up a postal office in his home. Thereupon Setzer submitted four names, one for the creek (Jonathan) that ran through the area, and one for each of his daughters: Cora, Mettie and Maggie. Maggie was Washington’s choice! At the time, Maggie was a shy 14 year old and burst into tears because she was afraid that her classmates would tease her about being named a Post Office. The Maggie Post Office opened on May 10, 1904.

Maggie is a Valley nestled between the Blue Ridge Parkway and The Great Smoky Mountains National Park. The mountains are the highest peaks in the Appalachian mountan range and the oldest mountains in the world. Come stay with us in our valley steeped in history and blessed with natural beauty.

Maggie Valley is located in Haywood County, “Where the Sun Rises on the Smokies”.

The county was established in 1808 and is located in Western North Carolina.

For your convenience, Creekside Lodge accepts cash and all major credit cards.

Creekside Lodge received a Certificate of Excellence from Trip Advisor in 2016! 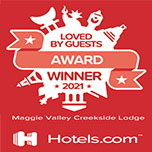 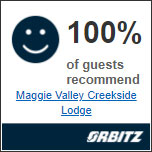